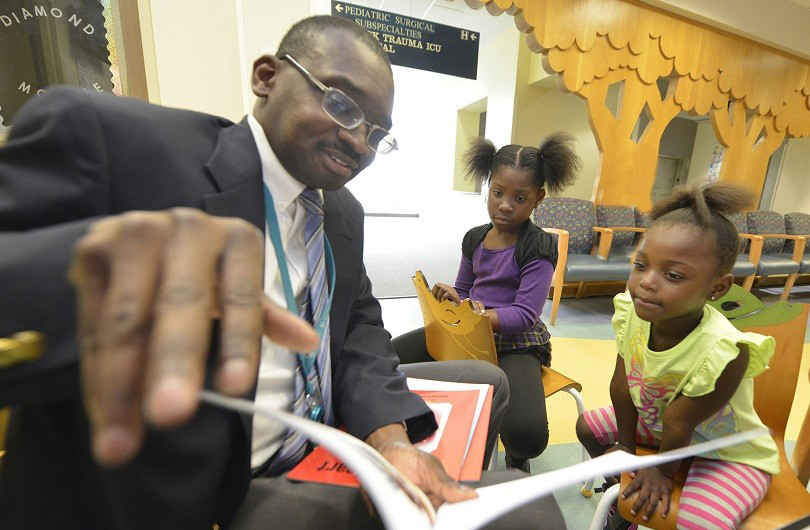 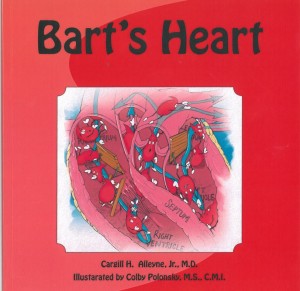 AUGUSTA, Ga. – Dr. Cargill H. Alleyne Jr. has a passion for science and medicine, and the distinguished neurosurgeon at Georgia Regents Medical Center hopes to interest future generations into these disciplines with his second children’s book.

“‘Bart’s Heart’ is the next in a series that I am writing to get kids excited about the human body,” said Alleyne, professor and Marshall Allen Distinguished Chair of the Department of Neurosurgery at the Medical College of Georgia at Georgia Regents University.

It’s this fascination with anatomy – specifically with vascular diseases and tumors of the brain and spinal cord – that propels the Yale alum.

“You’re going to work hard whatever you do, so work hard doing something you love,” Alleyne told Augusta Magazine in 2012, when he was interviewed for the Best Doctors issue.

As the director of the neurosurgery residency program at MCG, he spends quite a bit of his time instructing young doctors to hone their skills and become specialized in the field.

“Many of them are following in someone’s footsteps,” Alleyne said, “but if your parents aren’t in medicine or science, you may not be exposed to this.”

He wants those children to take a closer look, and he’s providing that opportunity through catchy rhymes and colorful illustrations in his educational books.

His first book, “Ned’s Head,” published in July 2012, is a light-hearted book of limericks that examines what’s inside a little boy’s head. A real “brain teaser” in the book is that one of the illustrators, Michael Jensen, who is now an assistant professor in the Department of Medical Illustration at GRU, concealed small hidden brains in each of the pictures for readers to find.

Likewise, Colby Polonsky, a medical illustrator in the GRU Neurosurgery Department, has concealed a small heart in every illustration she created for “Bart’s Heart.”

The heart’s very strong; it’s a fact.
It’s simply a muscular sack.
And in slightly more time
Than the length of this rhyme
It pumps blood to your big toe and back.
In addition to the sing-song facts throughout each book’s pages, there is a glossary at the end that provides definitions and pronunciations of the medical terms associated with the brain and heart. Designing the books to be interactive is something Alleyne hopes will make the publications attractive to readers in the 7 to 13 age range.

Alleyne plans to publish books on Joan’s Bones, Nelly’s Belly and Malachi’s Eye next. He said he may even continue the series after that.

“I want to encourage young kids to think about science, and this is a fun, unique way to do it,” Alleyne said. “If you lead them in the right direction, they may get turned onto something.” 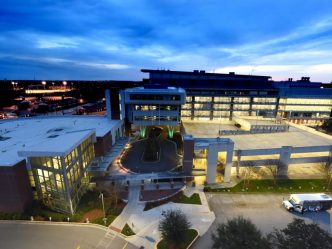