Blood filter may calm the cytokine storm of COVID-19 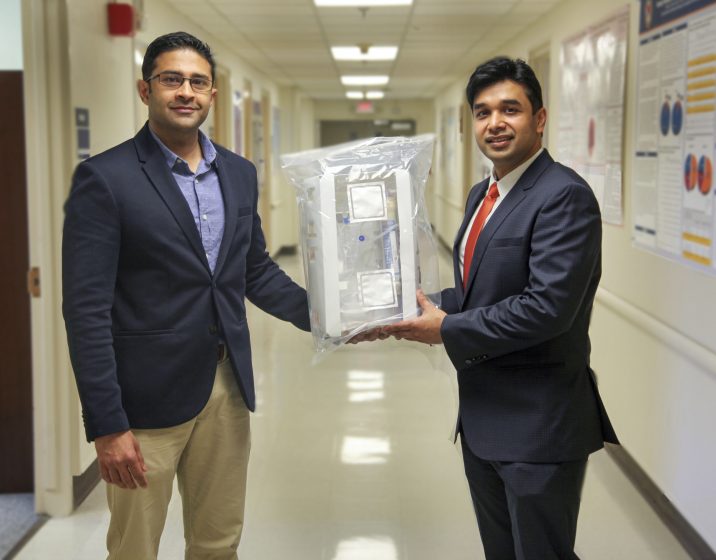 Cytokine storms created by COVID-19 are causing major organ destruction and death, and for the first time in the United States, when patients begin to show signs of trouble, physicians are replacing the usual filter in a kidney dialysis machine with a filter known to trap these tiny proteins, with the goal of avoiding the devastation.

“Cytokines are supposed to destroy the virus, but there is such a high level of cytokines that they are actually destroying organs,” Dr. Azeem Mohammed, nephrologist at the Medical College of Georgia and Augusta University Health System, says of the chemical messengers that help regulate the immune response.

Mohammed and his colleague Dr. Sandeep Padala, also a nephrologist at MCG and the AU Health System, were already working with patients with COVID-19 who, like many critically ill patients, needed dialysis because their kidneys were failing. These experts wondered if dialysis could also be used much earlier in the disease course to cleanse the blood of excessive, destructive cytokines and stop the damage to the kidneys and other organs.

They reached out to Deerfield, Illinois-based medical products company Baxter International Inc., which supplies the hemodialysis machines used in the intensive care units at AU Health System, to ask if they had a filter that could trap cytokines. They learned the Oxiris filter set, used for more than a decade in Europe and Asia, works like a sponge to capture and absorb cytokines along with toxins released by bacteria called endotoxins which also induce cytokines, as well as toxins typically filtered by the kidneys called uremic toxins. Like standard kidney dialysis filters, these also filter excess fluid and contain the blood thinner heparin, which can reduce clots, another concern with this novel viral infection, in which strokes also are being reported even in young people.

Baxter quickly responded by seeking and securing emergency use authorization from the Food and Drug Administration for the filter’s use in the US for COVID-19. Its use in Europe and Asia includes treating sepsis, another overwhelming and typically bacterial infection that also produces a cytokine storm.

Beginning last week at AU Health System, when patients show signs of significant respiratory problems and are headed to intensive care, Mohammed and Padala are using this blood filter for up to 72 hours, the outside limit for the life of a filter. They are assessing cytokine levels before the new therapy, then at 24 and 48 hours to look at trends and assess how the patients are doing clinically. The nephrologists expect to see cytokine levels fall and the clinical status improve. While they are not yet conducting a clinical trial, they are collecting this kind of data on patients as well as comparative data on similar patients, who were treated before the availability of the filter, and have begun steps to enable a traditional, clinical trial for their treatment of the novel virus.

“If we can come in early in the disease process, our hypothesis is that patients will not do so poorly, they will not have so much organ dysfunction, they will probably have less clotting, less ARDS, less kidney failure,” Mohammed says. ARDS, or adult respiratory distress syndrome, is a leading cause of death from COVID-19, in which cytokines as well as the virus attack the lungs, and a clear indicator that more trouble is ahead.

“We believe that with this new approach, you basically are not waiting for all these disasters to happen,” Padala says. “If we can cut down the cytokine storm, we are avoiding all those things,” which should mean a shorter, less traumatic — and deadly — disease course, he adds.

Mohammed and Padala are optimistic as well about the safety of the procedure, which requires ultrasound-guided temporary placement of a catheter into an internal jugular vein. The jugular vein is now the preferred placement site for kidney dialysis as well, and the potential acute risks are essentially the same as those for kidney dialysis, including bleeding, infection and collapsed lung, or pneumothorax. A documented allergy to heparin is the only absolute contraindication for using the new therapy.

Mohammed says the first time cytokine filtering for COVID-19 came to him was in the shower, and he and Padala are grateful for the rapid responsiveness of Baxter and the AU Health System in putting this option together for patients.

Mohammed and Padala are faculty members in the Division of Nephrology in the MCG Department of Medicine.

Written by Toni Baker
Augusta University leading through innovation in COVID-19 fight
FacebookTwitterPinterestWhatsApp
Should I get tested? FAQ on statewide COVID-19 screenings