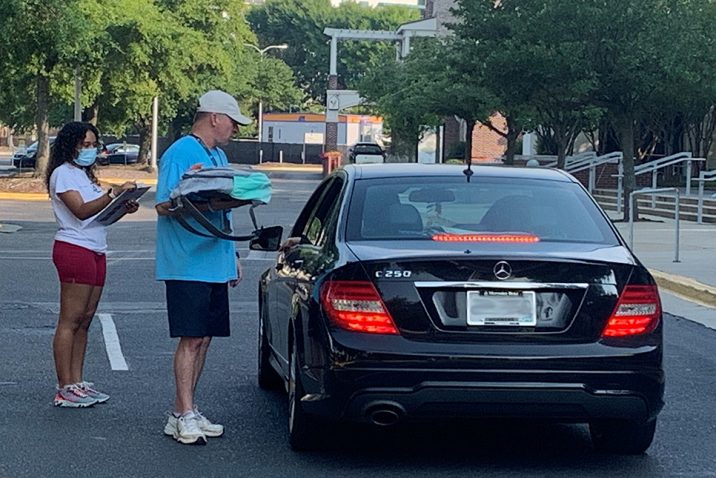 On July 31, families in the program were able to drive through and pick up backpacks that were lined up in front of the Health Sciences Building.

“It’s good to have this activity back here at a place the grandparents are familiar with, even though they stayed in their cars,” said Mike Patton, who is a social worker and program coordinator for the Healthy Grandparents Program.

The Healthy Grandparents Program was started by Augusta University’s College of Nursing in 1999 to provide physical, emotional and social support to grandparents and great-grandparents raising their grandchildren ages 0-17 living in parent-absent homes.

Program director Dr. Mary Lou Davis and Patton are always grateful for the help they receive from student volunteers and those within the community who have allowed them to provide the school supplies for the 23rd year in a row.

“The students from CURS were a huge help today loading up the book bags for the grandparents, especially considering they spent three hours in this heat,” Patton said of the Center for Undergraduate Research/Scholarship students who helped at this year’s event. “It’s great to see college students with a desire to simply give back to the community.”

“My grandparents are a big part of my life,” Orr told The Augusta Press. “I can only imagine them having to take care of their grandkids full time. So, as soon as I heard about this, right away I wanted to be in it. Also, just this summer, I’ve been here the whole summer just trying to figure out things to do. We’re finally able to do things for the community.”

This year, the program provided 155 backpacks with the help of the Columbia County Merchants Association and the city of Augusta’s IT department, which donated 50 backpacks filled with supplies. The donation was spearheaded by Tameka Allen, director of information technology with the city of Augusta-Richmond County and administrative assistant for IT’s Shelly Good.

“Before I went to pick up their donation, they called and said, ‘You might need to bring a truck,’” Patton said. “I had no idea they were going to do as much as they did. The help we received from the Richmond County IT department and the Columbia County Merchants Association made the difference in getting 155 grandchildren book bags and school supplies, rather than 50 grandchildren.”

For more information about the Healthy Grandparents Program, call 706-721-6227 or email Patton. 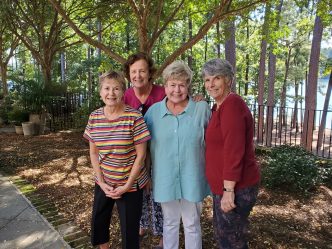 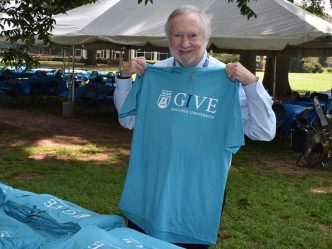 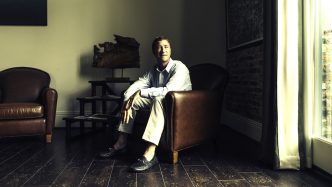 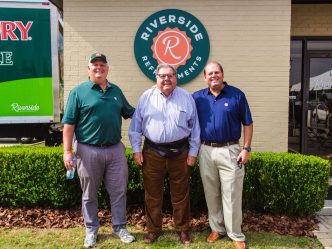