Augusta University music education student Ontario Williams is one step closer to taking the top prize in Broadway’s Next On Stage competition, sponsored by BroadwayWorld.

Williams, a senior in the Department of Music at Katherine Reese Pamplin College of Arts, Humanities, and Social Sciences, has now advanced through four rounds of competition against talented college students from across the nation.

The judges, Broadway stars Lesli Margherita, Courtney Reed and Kate Rockwell, were floored by Williams’ performance of Soliloquy from the musical Carousel.

“I could literally listen to you all day long. It brings me such great joy,” said Rockwell. The judges in past weeks have called his voice “stunning” and “amazing,” saying the richness of his baritone was “like swimming in butter.”

The grand prize includes a $1,000 donation to a charity of the winner’s choice. The winner will also record and release a single on the Broadway Records label to benefit The Actors Fund. Williams announced the Stevens-Johnson Syndrome Foundation will be his charity of choice.

Williams needs the public’s votes to advance to the top five, which will be announced Oct. 30.

“If I win this competition, it would confirm that anything is possible. Even a small-town country guy can win a national competition,” Williams said.

As he continues to move up in the competition, he hopes to inspire his supporters.

“Never give up. If you want something in life, put your mind to it and you can achieve anything.”

Learn more about Williams’ journey toward a career in music. 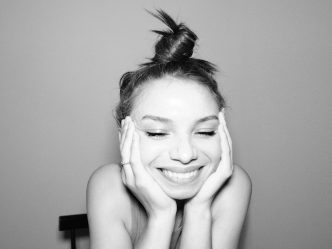