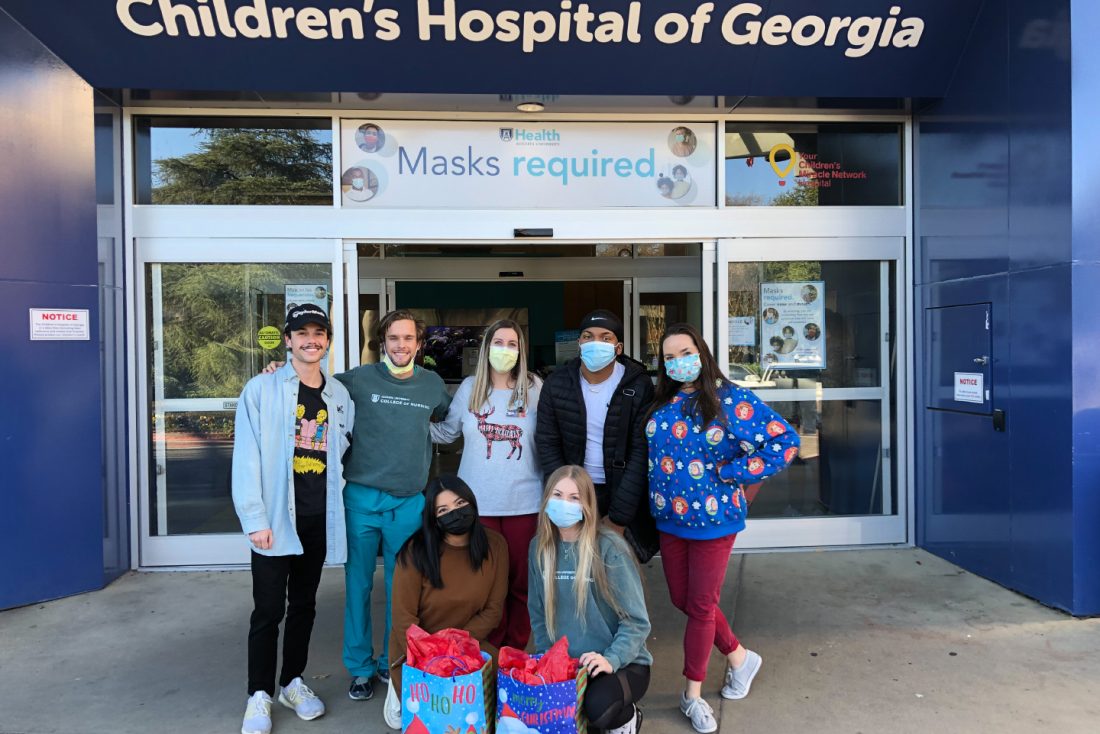 To celebrate the season of giving, the Bachelor of Science in Nursing Student Leadership Organization recently organized “Coin Wars for Christmas at the Children’s Hospital of Georgia.” The junior and senior classes competed against one another to raise money to purchase holiday items for local pediatric patients and their families.

The SLO is a board comprised of junior and senior BSN students who represent both cohorts of students. On the board is Lauren Prescott, philanthropic liaison, who is responsible for hosting events that give back to the Augusta community. Last spring, SLO hosted a Valentine’s Day project where BSN students created cards for the residents at the Georgia War Veterans Nursing Home.

Prescott introduced the idea of donating items to Children’s to the SLO board and faculty advisors after her family had done so in 2020.

“Everyone was so excited to be able to give back to the children and families we have worked with during our time in nursing school,” said Prescott. 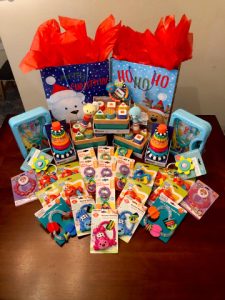 In November, donations were collected during class on Mondays and Fridays. Prescott noted, “It was amazing to see how eager the students were to pull out their wallets and donate any cash and coins they had.”

Prescott worked with Stephanie Grayson, a child life specialist at Children’s, to learn about the items needed from their wish list. Grayson and her team were thrilled to have the support from the BSN students.

“This event was such a great way for my fellow nursing students to get more involved in the Augusta community and have a positive impact on the children and families spending Christmas at Children’s,” said Prescott. 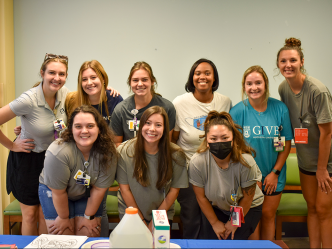 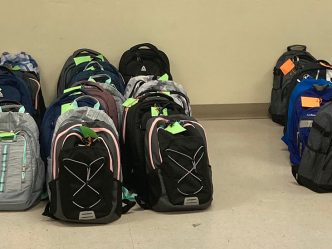 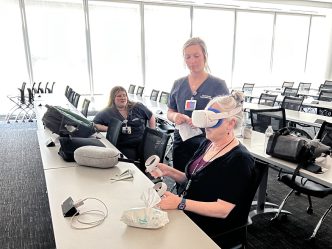