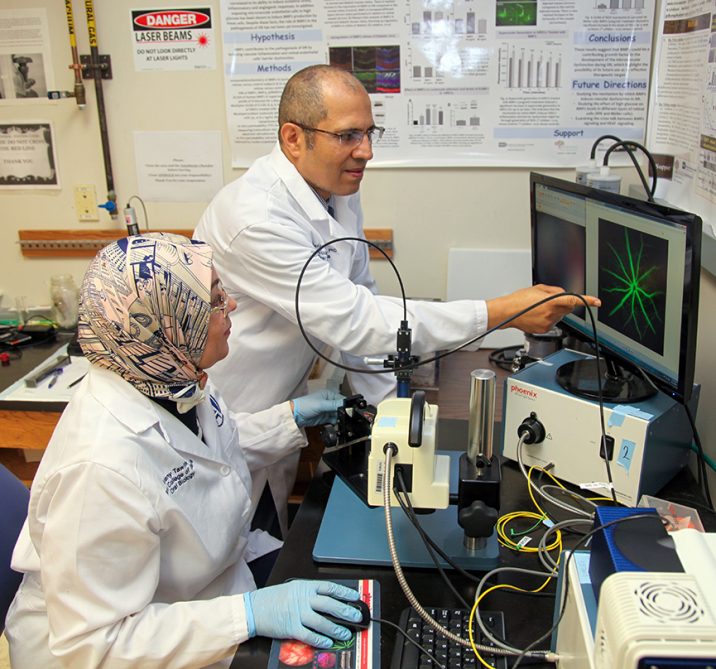 Dr. Mohamed Al-Shabrawey wrote about bone morphogenetic protein 2 (BMP2) as a potential new player in the development of diabetic retinopathy in 2014.

In January, he received word his current team had been awarded a four-year, R01 National Eye Institute $1.54 million grant for his research, titled BMP2/ALKs signaling system in diabetic retinopathy. By February, he had received the first installment of the grant and has been hard at work since.

“The grant is a continuation of what I’m doing in my lab to study the mechanism of diabetic retinopathy and identifying new therapeutic targets,” said Al-Shabrawey, a professor in oral biology and diagnostic sciences and a member of the Culver Vision Discovery Institute at both The Dental College of Georgia and the Medical College of Georgia. Al-Shabrawey is the principal investigator for the research. “Approximately 100% of Type 1 diabetic patients, and about 60% of Type 2 patients develop this disease. This disease, unfortunately, is the leading cause of legal blindness in the United States and all over the world.”

Diabetic retinopathy is a major neurovascular complication of diabetes that affects 7.7 million working-age adults in the United States. Vision loss in diabetic retinopathy occurs due to breakdown of the blood-retinal barrier, leading to macular edema (build-up of fluid in the macula), retinal detachment and inner retinal and vitreous hemorrhage.

In the research strategy, Al-Shabrawey notes that current therapies are primarily targeting the end stage of diabetic retinopathy, where significant dysfunction has already taken place.

“That is why they still are looking for right therapy, which may prevent and support the development of the disease as early as possible,” he said. “We are studying the role of a novel proteins (bone morphogenetic protein 2 or BMP2) which was discovered in the 1960s that helped induce bone formation. The good thing about it is that It is FDA approved as a bone graft substitute to treat some spine and craniofacial problems.

“In the past several years, attention has started to be attracted toward its biological role in different organs such as cardiovascular system and kidney ,” Al-Shabrawey added.

The team, which includes Drs. Amany Tawfik, Ahmed Ibrahim and Jin-Xiong She, are investigating the role of bone morphogenetic protein-2 in diabetic retinopathy. They are examining the changes in the protein levels of BMP2 in human vitreous blood and retina in addition to the retinas of experimental diabetic mice.

Tawfik is associate professor of oral biology and diagnostic sciences and a member of the Culver Vision Discovery Institute; She is director of the Center for Biotechnology and Genomic Medicine; and Ibrahim is a former postdoctoral fellow in Al-Shabrawey’s lab and is currently an assistant professor in the Department of Ophthalmology at Wayne State University in Detroit.

The team has been able to accumulate data that supports BMP2’s involvement in diabetic retinopathy, which ranges from upregulation of BMP2 levels in the retinas of diabetic humans and mice and in high-glucose-treated retinal endothelial cells to significant increases in the blood levels of BMP2 in diabetic patients and experimental mice.

The grant is allowing Al-Shabrawey and his team to help dissect the role of the protein and will allow them to screen blood samples from hundreds of patients with the hopes of confirming the preliminary findings.

Their preliminary findings suggest that BMP2 and probably other BMPs, such as BMP4, play a role in the development of the vascular damage in diabetic retinopathy and hence could be new therapeutic targets, either alone or in conjunction with current therapies to prevent retinal damage and improve vision of diabetic patients.

“During this first year of the grant, our goal is to hopefully screen as many samples as we can, whether it is from humans or animals, to see if we can correlate the level of the protein with the progression of the diseases,” Al-Shabrawey said. “We’re also looking to test the direct effect of the protein on direct retina function. From the second year on, once we have clear idea about the functional effect of this protein and the changes in the level and how they correlate, we’ll be focusing on the mechanism.”

Al-Shabrawey said the ultimate goal is to find a new therapy.

“We’re looking to overcome the limitations of current therapies, especially ones that are invasive, costly and have several side effects.” 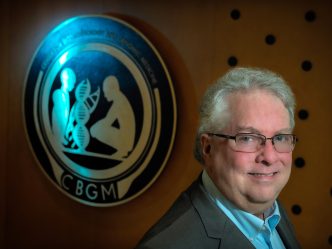 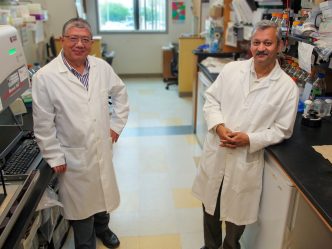 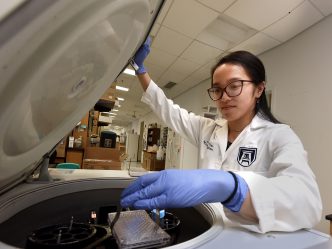 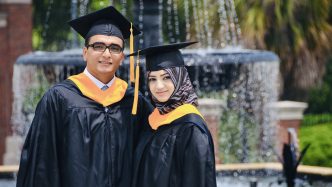 Couple’s hooding ceremony just another chapter in their journey together