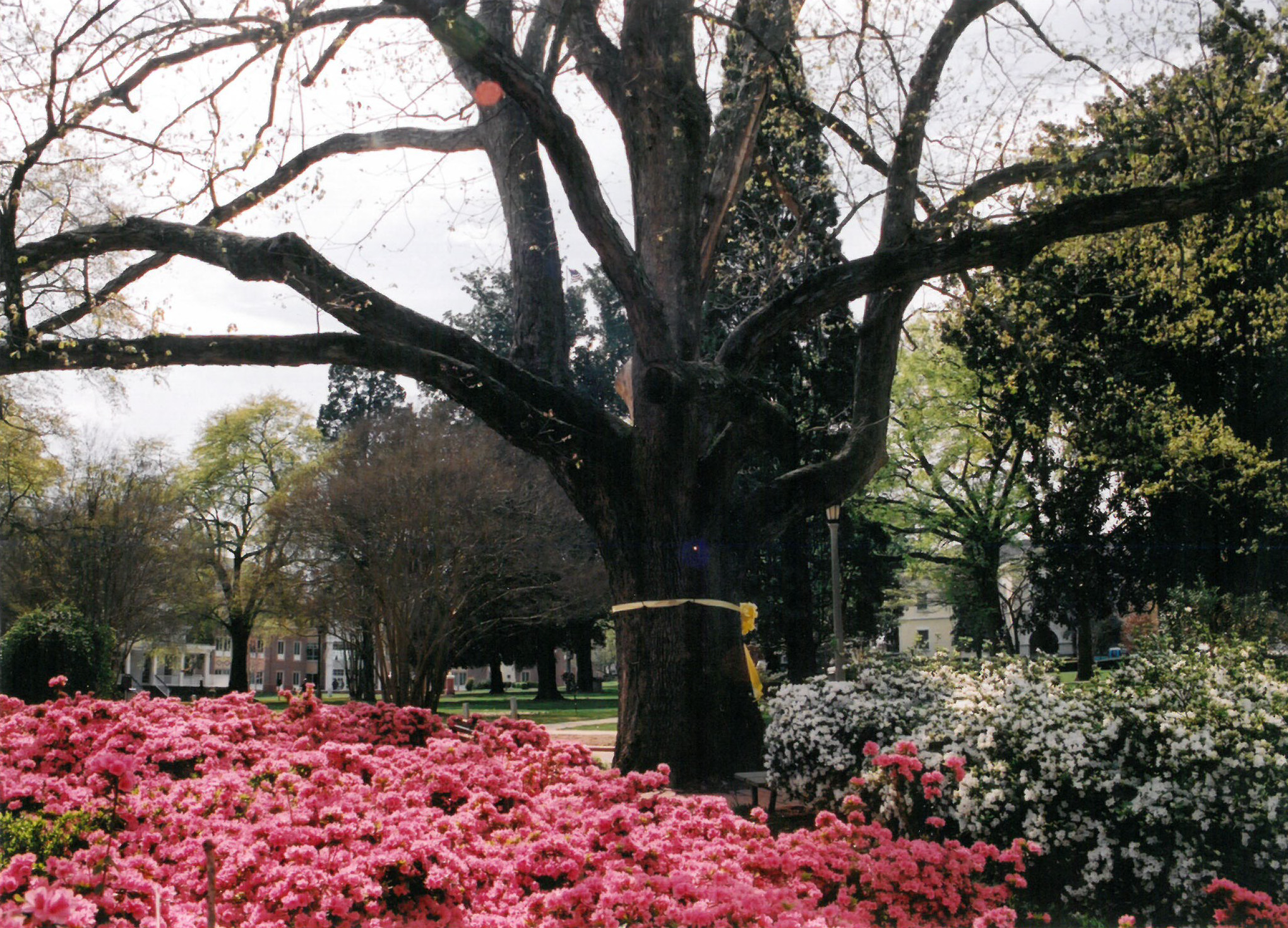 AUGUSTA, Ga. – Augusta University’s Arsenal Oak was a longtime symbol of Augusta’s roots and the rich history of its university.

The famed 250-year-old oak was cut down in 2004 after succumbing to disease, but not before its acorns were gathered and sprouted by arborist George Barrett and nurtured into maturity by local community member Rob Pavey.

Now, nearly two decades after the acorns were saved, Augusta University celebrates the replanting of a new Arsenal Oak, a descendant of the university’s historic oak tree. (Watch video on the life, legacy and purpose of Augusta’s Arsenal Oak.)

The Student Government Association hosts a dedication ceremony at 1 p.m. Friday, April 29, on the Benét House Front Lawn, 2500 Walton Way, Summerville Campus. The event is part of a week of inaugural events celebrating the homecoming of the university’s first president, Brooks A. Keel, PhD, and falls on Arbor Day, an annual event to celebrate trees by encouraging tree planting and care.

“The planting of the original Arsenal Oak’s offspring represents the historical roots of the Summerville Campus as well as the future growth and change that will encompass Augusta University,” said Rowan Feldhaus, vice president of the Undergraduate Student Government Association.

The new tree in front of the Benét House is approximately 20 years old and was donated to the university by Pavey. The idea to replant the oak came from students, said Deb Barshafsky, of the Augusta University Heritage Project.

“The Arsenal Oak is a link to our past but also a symbol of our future – vibrant, growing, and ever mindful of the contributions of those who came before us,” she said. “Our students recognize that. We were thrilled to work with them to bring this iconic tree back home to Augusta University.”

Written by Kelly Jasper
Alumni Weekend Preview: Something for everyone
FacebookTwitterPinterestWhatsApp
Take Back the Night in photos