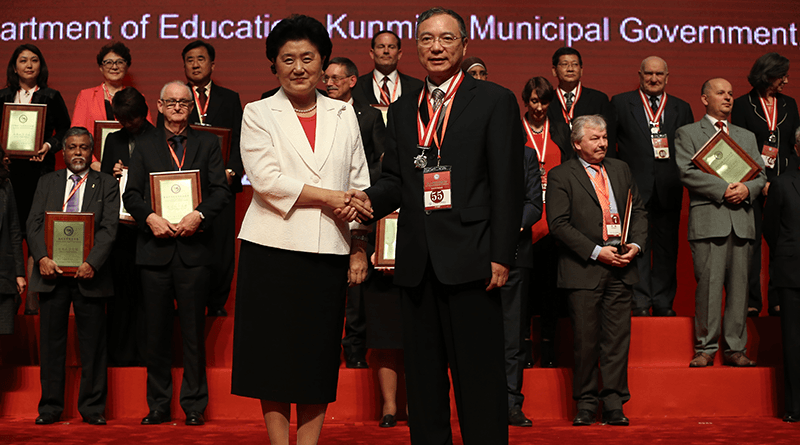 Zhou received the honor from one of China’s four vice premiers at the 11th Confucius Institute Conference in Kunming, China, on Dec. 10. Liu Yandong, China’s highest-ranking female politician and chairwoman of the Council of Confucius Institute Headquarters, presented the award.

“In his position as the founding Chinese Director of our CI, Professor Zhou worked tirelessly from the date of his arrival to establish our Traditional Chinese Medicine and Chinese language courses,” Keel wrote in his nomination letter. “He successfully oriented the Chinese faculty and CI staff and has developed a very positive reputation for our CI.”

Zhou completed his two-year tenure at the end of December and is returning to his position as associate dean of the International Education College at Shanghai University of Traditional Chinese Medicine, Augusta University’s Chinese partner university. 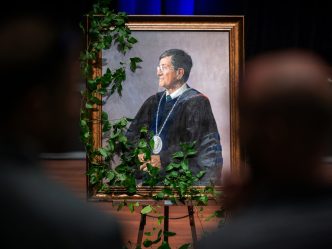 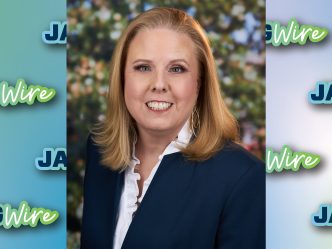 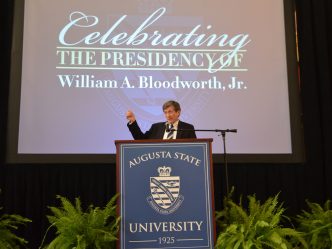 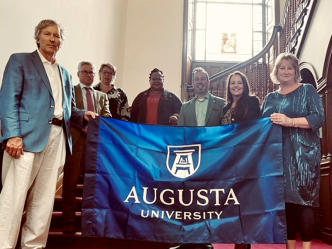