Augusta Men’s Tennis Advances To No. 20 In The Nation 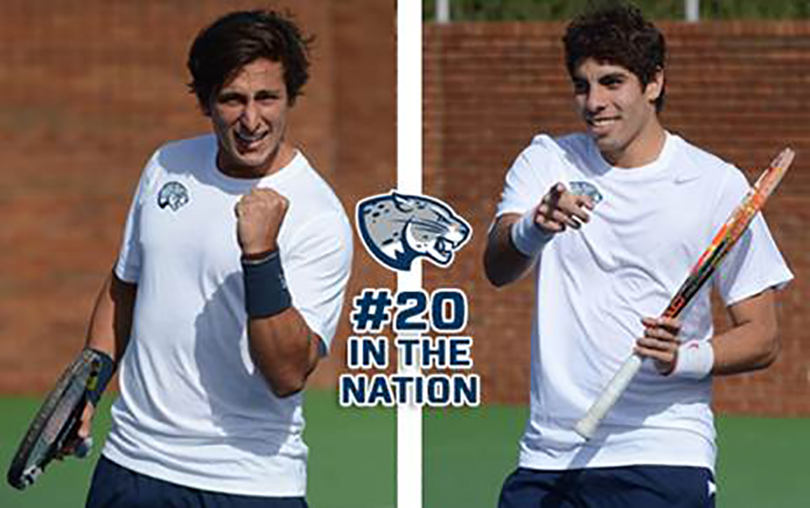 The Augusta Jaguars are ranked the 20th best team in the nation according to Intercollegiate Tennis Association (ITA) Division II Men’s National Team Rankings released on March 23. Freshman Patrick Oliveira earned a No. 11 national ranking as an individual for singles play.

The move to rank 20 was a huge climb for the Jags, who were previously ranked 44th.

Patrick Oliveira (Rio de Janeiro, Brazil) is 12-3 in the No. 1 singles slot on the season and has combined for a 9-6 mark in doubles competition during his first year in college tennis. He is 8-2 in his last 10 matches in singles to earn a No. 11 rank in all of Division II.

Augusta is 12-3 overall and 3-3 in the Peach Belt Conference so far this season. The Jags have gone 10-2 at home in Newman Tennis Center and have five more dual matches scheduled for the regular season.