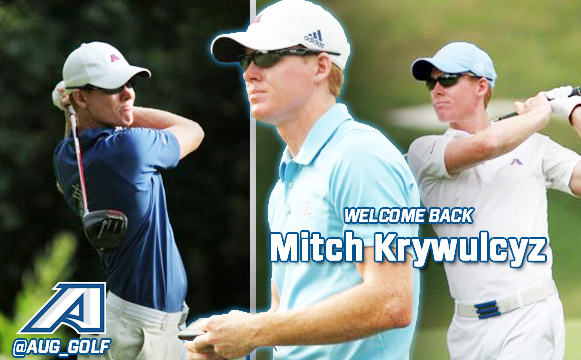 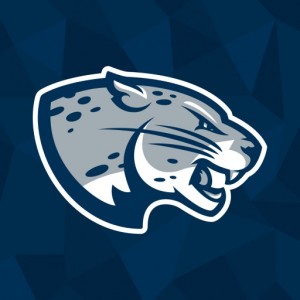 “Mitch has the enthusiasm and knowledge to help our golf teams immediately and he has the professional playing experience competing against some of the best golfers in the world over the years,” Head Men’s Golf Coach Jack O’Keefe said. “We welcome him back to Augusta and will lean on him to help us with international recruiting as well. Some of the players already know him and have deep respect for him as a player and person. Mitch is the perfect fit for our program as an assistant coach.”

Krywulycz was a key member in winning back-to-back National Championships for the Jaguars, scoring victories in both championship matches, including the down-to-the-wire clincher in 2010.

Krywulcyz after the 2011 Natiional Championship in Stillwater, Okla.

Krywulycz grabbed two top-20 finishes in his first season on the eGolf Tour before landing consecutive top-five placements in 2012.

He finally broke through in 2013, winning The Sedgefield Classic in May for his first professional victory. Krywulycz competed in the Web.com qualifying tournament and advanced to the final stage.