Augusta gets a bad rap when it comes to jobs. Is it deserved? 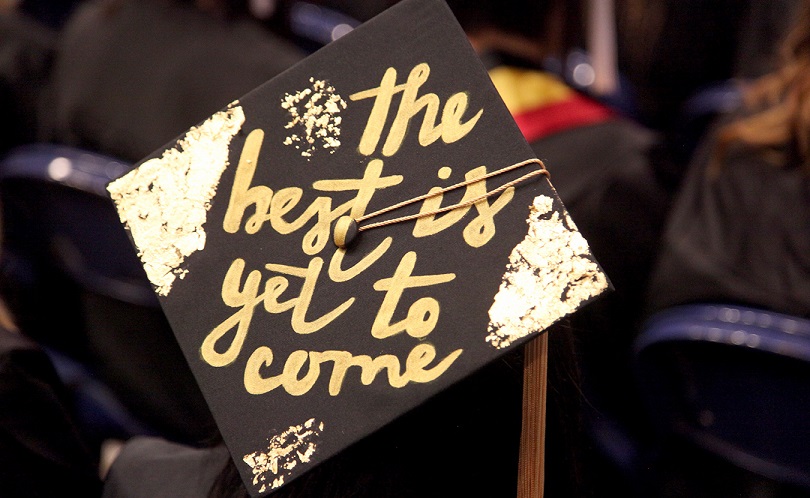 There’s no energy quite like the feeling of standing in James Brown Arena on graduation day. In the holding area where students gather before taking their seats, black-robed and grinning, if you listen – really listen – you can almost hear the static clicking in the air. A lot of it stems from excitement. The pride in knowing that it’s both all over and, at the same time, just beginning. Some students – some graduates – smile because they’re making plans for the summer. Others, because they’re snapping photos to friends and family. But many – a large portion of Augusta University graduates – are smiling because they aren’t worried.

They’ve either got jobs or job offers in hands already.

In the first few months of 2017, Augusta has found itself near either the top or the bottom of some very unflattering – and, for readers, oftentimes confusing – lists. In March, WalletHub labeled Augusta one of the unhappiest places in America. Before that, another article — which cited BMI scores in Richmond County — labeled the city one of the nation’s “fattest.” Now, a new ranking has left even more Augustans scratching their heads: According to one study, the Garden City may be one of the worst places in the country to start a career.

But is it really?

“I was surprised and disappointed with the results,” Wilson said of the ranking, which was recently released by WalletHub — a personal finance and research reporting website based out of Washington, D.C.

The article in question lists Augusta as the 148th “best” city to start a career in.

On the surface, that may seem like a compliment. But there’s some important context missing.

WalletHub assigns its rankings based on a number of metrics. In this instance, American cities were ranked based on data collected across 23 separate categories, including job satisfaction, availability of entry-level jobs and housing affordability. Some predictable names top the list of “best” cities. Salt Lake City, Orlando, Florida, and Atlanta all earned a spot in the top 10. By contrast, Augusta ranks just two places from the bottom, narrowly edging out Cleveland and Newark, New Jersey. For perspective, Detroit ranks four spots higher.

“I can’t relate personally or professionally,” Wilson said. “I’ve been here for 15 years, and our graduates are very satisfied with their job prospects. I can’t get them to leave.”

Wilson went on to explain that, even during the Great Recession – a time when longtime educators were holding off on retirement and new education jobs were scarce – COE graduates still didn’t want to leave Augusta. The reasons why varied, but Wilson said, for the most part, it all comes down to one thing: Augusta’s supportive community and strategic partnerships make this city and the Central Savannah River Area a one-of-a-kind place for young teachers.

“We have a really good relationship, a really good partnership I’d say, with our districts,” she said. “I’ve been in this profession for 26 years, and I’ve never seen community partnerships that are as strong as they are at this university.”

Now with the recession in the rearview, Wilson said, things have only gotten better for COE grads.

“Today, if our candidates want a job, they’re going to get one,” she said. “All our candidates are offered positions when they graduate. Many get multiple offers in the Augusta area.”

Melissa Furman, assistant dean of business engagement at the James M. Hull College of Business, said the same was largely true of business graduates as well.

“Our placement rates for accounting, computer science and information technology graduates often reach 100 percent, and rates for other graduates are above national placement trends,” she said.

Furman, who has worked in the career services industry for 15 years, has helped countless Hull graduates begin their careers in and around Augusta. She credits many Hull success stories to the college’s emphasis on finding solid internships for students while they’re still in school – a road that also involves strong community partnerships.

“Most students pursue internships while completing their degree, which, in most cases, results in full-time employment,” she said. “Many of our employers use the internship programs to identify and recruit our top students for their entry-level positions.”

On the health care front, job prospects are equally bright for graduates of the College of Nursing.

“At our own facilities, graduates have a chance to work in multiple different health care facilities, including inpatient, outpatient, rehab and occupational health,” Cook said.

Beyond campus, graduates also have several competing hospitals and private practices in the Augusta area to choose from. Like Hull, the College of Nursing also works with local and non-local healthcare organizations to help graduates find the best possible fit.

“The Medical District alone employs more than 25,000 people,” she said.

Dr. Lucy Marion, dean of the College of Nursing, said Augusta is a near-perfect location for nurses looking to start a career.

“Currently, the CSRA has between 800 and 1,000 vacancies for RNs,” she said. “Our employers are open to hiring new nurses at higher rates than ever before.”

In fact, there are so many open nursing positions in the Augusta area that the CSRA Nursing Workforce Task Force is considering using recruitment initiatives to reach RNs in other states.

Why then, with so many employment opportunities available, is Augusta considered a lackluster place to begin a career? The simple answer is, “It’s complicated.”

Dr. William Hatcher, director of Augusta University’s Master of Public Administration program, has worked extensively with WalletHub and similar research reporting organizations. He said the nature of “30,000-foot view” articles such as the one published in May tend not to follow standard procedures used in statistical analysis of economic development in communities.

“Some of the variables used in the analysis, such as the “friendliness” statistics, have not been validated in the scholarly literature on economic development,” Hatcher said. “The study could have also placed more emphasis on certain data, such as the affordability of housing in the Augusta Metro.”

Hatcher believes the biggest problem with these kinds of publications – and the reason they shouldn’t be the ultimate measure of a location’s “worth” – is that they lack a personal touch.

“This analysis is limited in that it doesn’t consider contextual or ‘on-the-ground’ features of the Augusta Metro economy,” he said. “The results don’t include the recent growth in Augusta’s cybersecurity industry or the potential of future growth in that and other parts of the local economy.”

His solution? Turn to community scholars to get a clearer picture.

As for the MPA program, Hatcher said it, too, is helping Augusta to shed its unwanted title.

“From my experience as MPA director, it’s a good time to enter a career in the CSRA,” he said. “The cyber-related employment that is coming to the Augusta Metro area will make this an innovation hub for tech jobs.”

That employment isn’t a long way off, either. According to preliminary data gathered as part of the Augusta University MPA and Cyber Institute Workforce Study, a large wave of cyber-related jobs will be hitting the Augusta Metro area in the very near future.

“Those jobs will be high paying ones that help finance public programs and nonprofit organizations, leading to more opportunities for MPA graduates,” Hatcher said. “There will also be plenty of opportunity for college-educated professionals to start a career.”

Julie Goley, director of Career Services, notes that, while opportunities are plentiful, Augusta is also a highly competitive market for entry-level positions.

“Our strong military presence brings new, diverse skill sets to the community,” she said. “The family members who accompany our service members bring their skills. The same can be said of our medical community. That does put a “competitive squeeze” on entry-level jobs.”

To ensure more Augusta University students land in those jobs, she said, the university needs to emphasize the value of internships and applied learning opportunities.

“We need to ensure our students gain marketable skills in and out of the classroom,” Goley said. “As an academic community, we need to be diligent about helping students learn to articulate how their education adds value to potential employers in Augusta.”

Despite a competitive market, there’s little question that things are looking up in Augusta. Without a doubt, there are jobs – careers – here for the taking across multiple fields, and more are on the way. While there’s no telling when exactly the “worst of the worst” labels will fade, this one, at least, can be safely put to rest. Or, better yet, replaced.

If the trend continues throughout 2017, Augusta may yet win the title of “most misunderstood” city in America.

If nothing else, it’ll certainly win “most underestimated.” 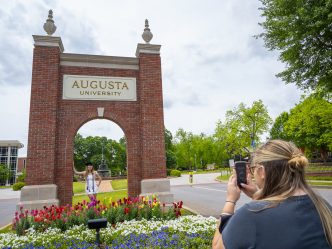 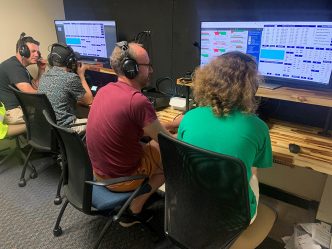