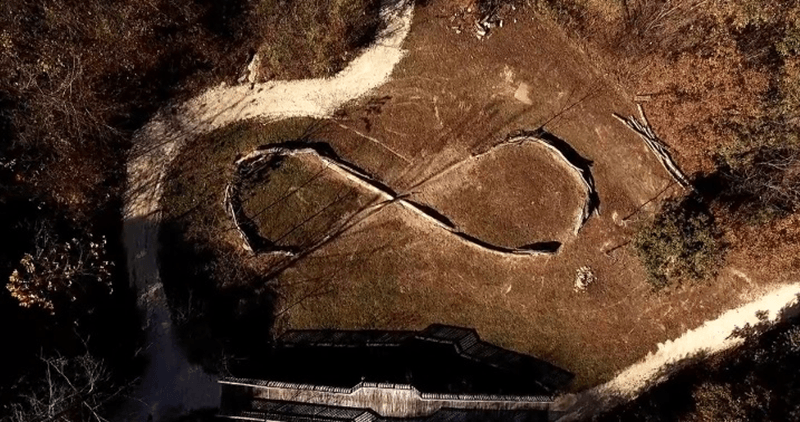 At Augusta University’s third LASER talk on Feb. 21, leaders in the field of science and art discussed topics ranging from art history to the use of low-fidelity simulation models for minimally invasive surgery.

Brian Rust, professor of art, is a sculptor and was also a featured panelist at the event where he discussed the concept of working with natural materials in a digital world.

During the summer of 2000, Rust was commissioned to create a sculpture for the Henry Lay Sculpture Park in Louisiana, Mo. The sculpture, “Natural Infinity,” is an infinity symbol created from natural materials and is designed to eventually erode back into the landscape.

“Two themes inherent in ‘Natural Infinity’ are continuity and change,” Rust explained. “The tree trunks undulate in and out of the ground level to create this symbol in the landscape of something that goes on forever. The forms that make up ‘Natural Infinity’ flow together as a physical metaphor and pose an open question about how we view the world: what is our relationship to nature?”

During February’s LASER talk, Rust premiered a video showcasing the creative process of making the sculpture. Matthew Buzzell, assistant professor of communications, provided voice over for the video.