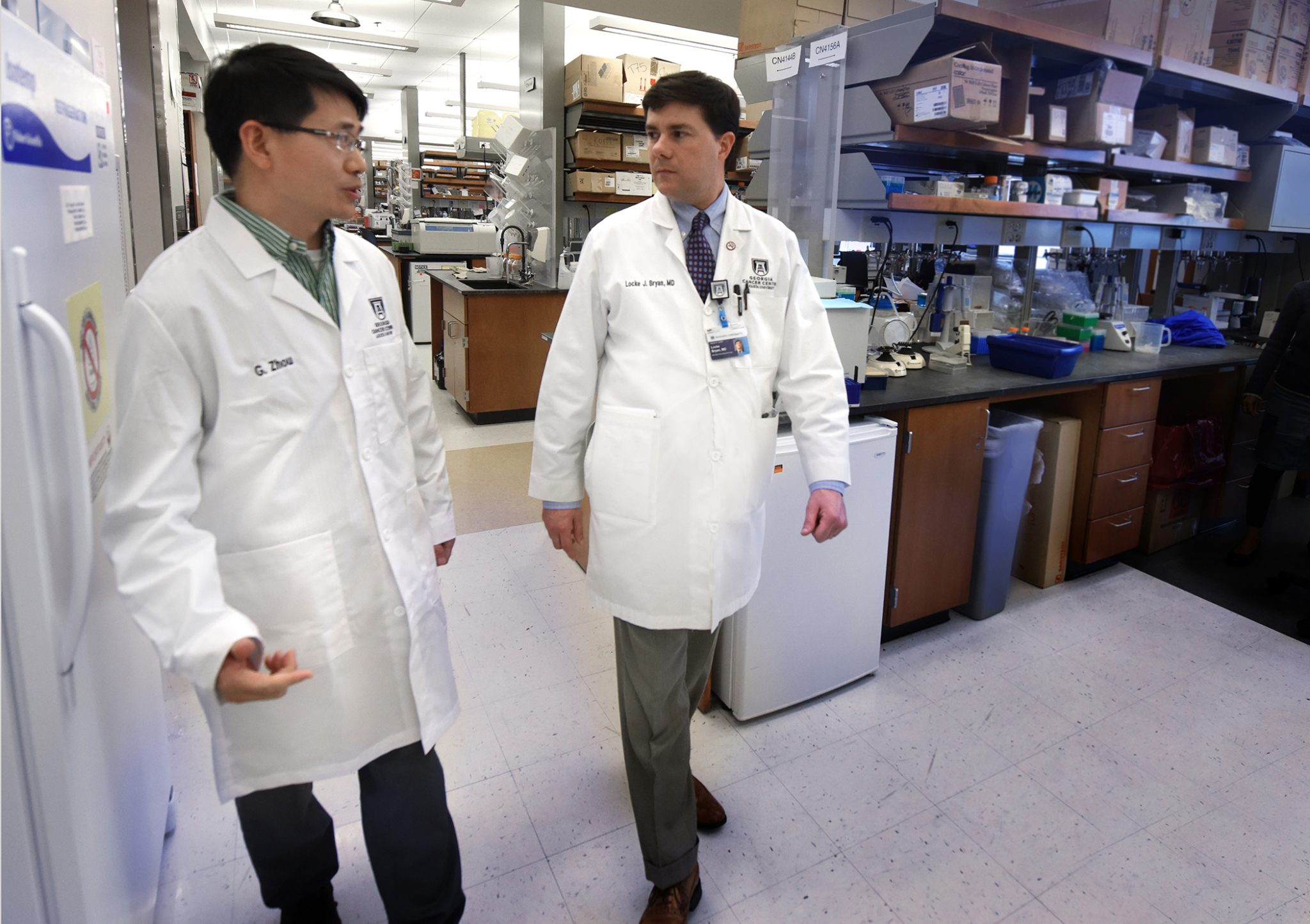 Antibiotic use is known to have a near-immediate impact on our gut microbiota and long-term use may leave us drug resistant and vulnerable to infection.

Now there is mounting laboratory evidence that in the increasingly complex, targeted treatment of cancer, judicious use of antibiotics also is needed to ensure these infection fighters don’t have the unintended consequence of also hampering cancer treatment, scientists report.

Any negative impact of antibiotics on cancer treatment appears to go back to the gut and to whether the microbiota is needed to help activate the T cells driving treatment response, says Dr. Gang Zhou, immunologist at the Georgia Cancer Center and the Department of Biochemistry and Molecular Biology at the Medical College of Georgia at Augusta University.

“It likely depends on what types of therapy physicians are giving to patients and how often they also are giving them antibiotics,” says Zhou, corresponding author of the study in the journal Oncotarget.

They have some of the first evidence that in some of the newest therapies, the effect of antibiotics is definitely mixed.

Infections are typically the biggest complication of chemotherapy, and antibiotics are commonly prescribed to prevent and treat them.

“We give a lot of medications to prevent infections,” says Dr. Locke Bryan, hematologist/oncologist at the Georgia Cancer Center and MCG.

“White blood cell counts can go so low that you have no defense against bacteria, and that overwhelming infection can be lethal,” says Bryan, a study co-author.

In this high-stakes arena, where chemotherapy is increasingly packaged with newer immunotherapies, Bryan, Zhou and their colleagues have more evidence that antibiotics’ impact on the microbiota can mean that T cells, key players of the immune response, are less effective and some therapies might be too.

They report that antibiotic use appears to have a mixed impact on an emerging immunotherapy called adoptive T-cell therapy, in which a patient’s T cells are altered in a variety of ways to better fight cancer.

They found that one of the newest of these – CAR T-cell therapy – is not affected by antibiotics, likely because it is not so reliant on the innate immune system.

“These infused T cells can pretty much act on their own to kill cancer cells,” Zhou says.

With this approach, physicians retrieve T cells from a patient’s blood, engineer them to express a tumor-finding receptor – called chimeric antigen receptor, or CAR – and give them back to the patient. These patients typically will receive a conditioning  chemotherapy regimen, which often includes the common agent cyclophosphamide, or CTX,  to intentionally wipe out some of their normal T cells and make room for the engineered super-fighters. This emerging treatment is often used in patients who have failed multiple other treatments, including chemotherapy.

Even long-term antibiotic use does not seem to hinder the efficacy of CAR T-cell therapy against systemic lymphoma in their animal model. While they could see the impact of antibiotics on the microbiota, mice with CAR T-cell therapy continued to respond well to cancer treatment.

But the efficacy of another mode of adoptive T-cell therapy was impacted. This model mimics therapy in which receptors that target the patient’s tumor are put onto their T cells. In this case, the researchers transferred tumor-specific CD4+T cells to treat mice with colorectal cancer.

One key difference here is that, unlike the CAR T-cell therapy, these engineered T cells still need help from the innate immune system to fight the tumor, now that they can better target it, Zhou says.

Mice with colorectal cancers that did not receive antibiotics were cured after being treated with the chemotherapy CTX followed by CD4+T-cell therapy. However, with antibiotics on board, this curative effect was lost in three out of five mice three weeks after treatment.

Their studies also confirmed that antibiotic use impacts the efficacy of the widely used CTX, when it’s used alone, in this case to treat B-cell lymphoma. In addition to directly killing rapidly dividing cancer cells, CTX gets the attention and help of endogenous T cells, and antibiotics reduced that T-cell response, the scientists report.

Their findings in lab animals confirmed the recent work of others that the altered intestinal microbiota impacts CTX’s ability to fight sarcoma, a rare cancer of our connective tissue. Bigger picture, it suggests that some chemotherapy regimens rely on the gut bacteria to stir the immune system to fight cancer, the scientists write.

“It is clear in animal models that if you wipe out the intestinal microbiota, like you do with antibiotics, it will attenuate the chemotherapy efficacy,” says Zhou. “There is also emerging clinical evidence showing that for CTX-based chemotherapy, some patients who also get antibiotics for a longer period of time, seem to have less optimal outcomes.”

Human studies are needed to see whether antibiotics affect the outcomes of adoptive T-cell therapy and to give clinicians and their patients better information about how best to maneuver treatment, Zhou notes.

The microbiota is comprised of trillions of bacteria, viruses and funguses and the biggest population resides in our gut, where they help us digest food and protect us from other invaders. Anyone who has taken an antibiotic also knows it can wreak havoc with the gut, causing severe diarrhea and other discomfort as it alters the natural – and healthful – complement of our microbiota.

While even a single course of antibiotics has been shown to disrupt the microbiota in humans, Zhou has shown in mice that it is protracted use that likely also impacts the immune response.

And, when mice, at least, have a weakened immune system their microbiota literally looks different and there is evidence that antibiotics suppress their immune response.

Even with antibiotics out of the equation, there can be conflicting crosstalk between chemotherapy and immunotherapy. If/when chemotherapy hampers the immune response it could obviously impact the efficacy of some immunotherapies. So scientists and clinicians alike also are trying to figure out how best to combine these different therapies, to achieve optimal synergy.

The research was funded by the National Institutes of Health and an American Cancer Society Research Scholar Grant. 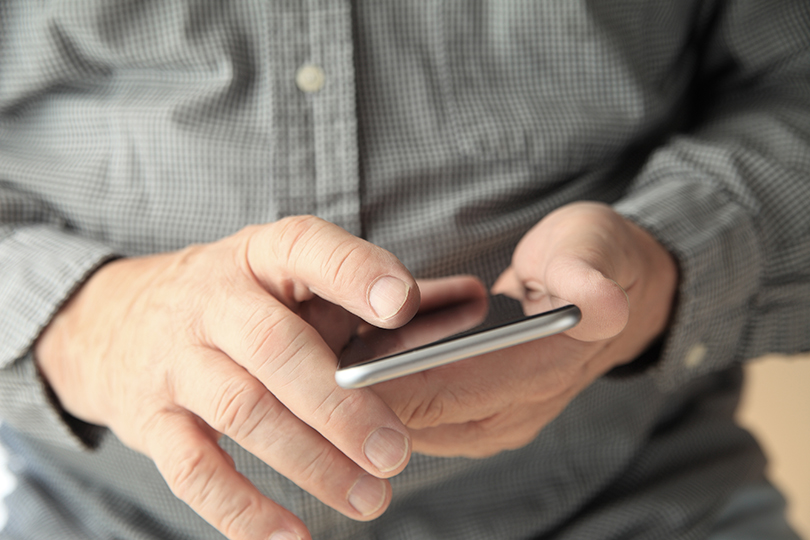 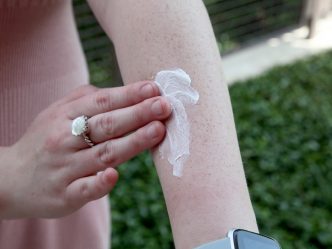