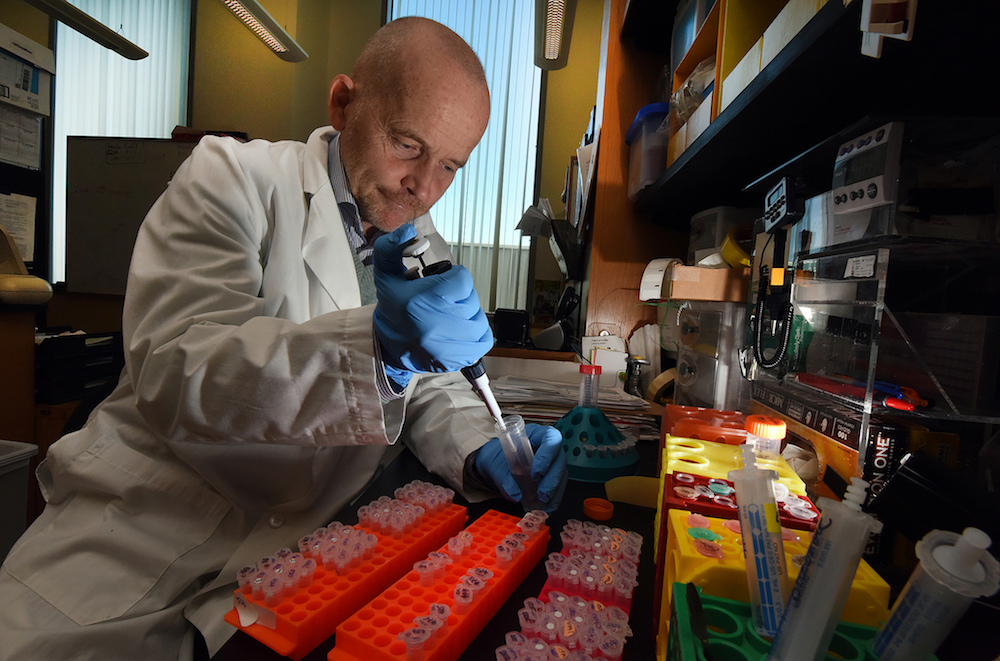 Antibiotics may have lasting impact on the immune system of children

Regardless of our age, antibiotics at least temporarily wipe out many of the good gut bacteria, or microbiota, that help us digest and use food and eliminate waste. That may be particularly problematic for children because, up to about age 3, this useful group of bacteria also is helping educate their immune system about what to ignore and what to attack, said Dr. Leszek Ignatowicz, immunologist in the Center for Biotechnology and Genomic Medicine at the Medical College of Georgia at Augusta University.

That means early antibiotic use may also have a lasting impact on the diversity of children’s immune cells, specifically their T cells, that do both, potentially increasing their lifelong risk of inflammatory bowel disease, allergies and more, said Ignatowicz, principal investigator on a new $1.8 million grant from the National Institutes of Health that will help parse the impact.

“There has to be that balance, and we think that in the early stage of life, balance is achieved by the microbiota dynamically educating plenty of peacekeeping regulatory cells,” Ignatowicz said.

The grant is enabling scientists to give commonly used, broad-spectrum antibiotics to younger and older mice, look at what that does to the diversity of the T cells in the gut, how long any impact lasts and whether the long-term result is a host of potential diseases that can result from an overactive or underperforming immune system.

“We hypothesize that adult mice with a well-developed immune system will quickly rebuild their diversity as the flora rebuilds,” he said. “But we propose that in younger mice, this will not occur as completely as it does in adults. That could mean that in young children, instead of millions of different bacteria in the gut, their T cells only interact with say 100,000, which will impact their diversity,” Ignatowicz said.

T cells have the ability to call the immune system to action or keep it nonresponsive. The healthy gut has more of the peacekeeping regulatory T cells to ensure control of the more aggressive effector cells. Ignatowicz notes this does not make the immune system centered in the gut weak, just balanced, both poised to attack invaders and ignore useful guests, like the gut microbiota.

T cell education is supposed to work this way in the gut: Another type of immune cell, dendritic cells, literally holds up pieces of the bacteria mix – both from the individual and his/her environment, which essentially enables the immune system to grow accustomed to and accepting of the gut microbiota.

Without a diverse microbiota, T cells may never learn to ignore these common environmental triggers, so rather than helping prevent inflammation – an early sign of attack – T cells will be more likely to promote inflammation that can result in a host of so-called autoimmune diseases, where the body essentially attacks itself, including Crohn’s, psoriasis and rheumatoid arthritis.

However, an ample microbiota can even help convert some T cells that learned to be effectors in the thymus gland – where T cell education begins – to regulatory cells, he said.

In fact, another primary aim of the new studies is to determine what percentage of the regulatory cells come directly from the thymus and how many get converted to peacekeepers in the gut. There is conflicting data, but Ignatowicz thinks most come from the thymus, a tiny gland behind the breastbone, but still have plenty to learn when they get to the gut.

The fetus’ gut is sterile, so microbiota begin to populate with the act of birth. In fact babies born by C-section start out with a different colony of microorganisms than those who came through the reproductive tract since there are different bacteria in the two locales. The microbiota further develop based on what touches the baby and vice versa, even kisses, as well as the bacteria on the food the baby eats and in his environment.

Broad-spectrum antibiotics, which might be given for anything from a skin infection to bronchitis and tonsillitis, are notorious for wiping out the microbiota, which is why they often cause temporary diarrhea even in adults.

Microbiota also quite literally take up important gut space, leaving less room for invaders, such as the feces-borne bacterium C. difficile, which is often spread by touch and in health care settings, causing diarrhea, fever and abdominal pain. In fact, taking an antibiotic is one of the more common reasons hospitalized patients get C. difficile. In a laboratory setting at least, scientists have shown mice missing their normal microbiota will even colonize with flora from the lake or soil, Ignatowicz said. While the mice live with their new flora, there are problems with an underdeveloped immune system.