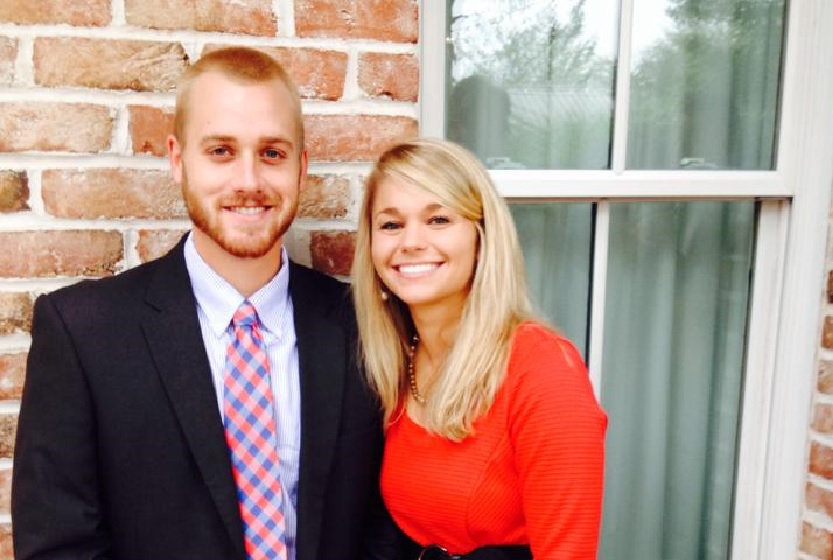 By now it’s no secret that the story of Augusta University sports information director Taylor Lamb’s proposal to his fiancé, Alyson Dukes, at “Amen Corner” during Monday’s practice round at the Masters has become an Internet sensation.

Everyone loves a good proposal story, and that photo of Lamb down on one knee while Dukes tries to contain her emotions was golden even if it didn’t have one of the most famous views in all of golf as a backdrop.

But it did, and that made all the difference.

“Honestly, I had thought that if I did it on a Monday and there wasn’t any crazy news that happened that day at the Masters, it might get some coverage,” Lamb said. “I figured the Chronicle might publish the photo, and I thought it would be awesome to have a published article of it.”

He got the Chronicle story, of course, and a whole lot more.

By the time they left the course, their phones were filled with congratulatory voicemails and texts. And that photo was everywhere.

“I had talked to the Chronicle people ahead of time,” Lamb said. “They showed up on cue, and my girlfriend didn’t know what was happening – I went up to talk with them, and she thought I was just talking with friends.”

After a few minutes, he went back to Dukes, but the photographer, Jon-Michael Sullivan, kept motioning for them to go to the corner so he could take a picture of them. Eventually, he finally just told them what to do.

“He basically just orchestrated the last part of it,” Lamb said. “I was like, all right – this is my window.”

Why the Masters? When Lamb moved to the area to take the job at GRU, Dukes, who grew up in Grovetown, took him to the tournament.

However, the entire plan nearly fell apart when the tickets he was relying on didn’t come through. If not for the last minute heroics of Athletic Director Clint Bryant, who managed to produce the needed tickets, Lamb would have had to rely on Plan B.

Luckily, Bryant stepped in, because according to Lamb, there was no Plan B.